Sharing our passion of saving history by helping YOU save it!

Here at We Dig Metal Detectors, we find it so satisfying when a customer tells us a cool story of a relic they recovered, or a really cool or rare coin they found, or just how much they love the new detector they purchased through our store. We thought, how neat it would be to share those stories with everyone else! And that’s what we are going to do with our Digger’s Spotlight Series. In this series you will read about REAL customers sharing a little about themselves and how We Dig Metal Detectors was able to help them save some history. We hope you enjoy this series, and we have lots more to share! We Dig Metal Detectors has been helping people save history for over three years, and have helped hundreds of people get the right equipment to suit there needs, while giving the best customer service in the industry! Today We are going to tell you about our friend and valued customer Robbie Smith.

We met Robbie through Facebook, Robbie has always been a good friend and shared his love for the hobby through commenting and sharing his finds on various metal detecting groups. A little background information on Robbie is in order. He is turning 50 this July (happy early birthday my friend), lives in Portland Oregon, and has been metal detecting since 1976!

Robbie grew up in a town called Hillsboro outside of Portland. His grandparents took him to the beach one day in 1976, and little did 6-year-old Robbie know, that day was going to change his life! While playing on the beach with his family that day, a husband and wife were walking by, swinging this thing that was making all sorts of beeping noises. Robbie, curious as children are walked up and asked the couple what they were doing. The man went on to explain to young Robbie that they were metal detecting looking for treasures (treasures... hook, line and sinker, you have my attention)! As you could imagine the thoughts of pirates and lost treasure goes flowing through young Robbie’s mind, and the gentleman must have seen this interest spark in Robbie’s eyes cause at that moment, the fellow asked Robbie if he would like to give it a try. Robbie quickly agreed and the rest is written in Robbie’s history!

On the way home from the beach that day he was telling his grandfather how much fun he had metal detecting and how bad he wanted one!

Robbie received his first metal detector not long after the day on the beach, his grandfather bought him a Compass Yukon Coin Hustler II.  Coincidentally the Compass brand was made by a company out of Forest Grove Oregon which was only a few miles from where Robbie lived at the time. Robbie loved his detector and as he grew up, he went through a few other machines. He has owned Whites metal detectors, Garrett metal detectors, Radio Shack metal detectors, Minelab metal detectors, pretty much every major brand metal detector out there. Robbie was looking to get a new detector and was on a budget recently when he contacted us at, We Dig Metal Detectors, we knew the perfect detector for him and one that was capable as all the high dollar metal detectors but much easier on the wallet. We set him up with the Nokta Makro Simplex+. fully loaded with high end features at a super affordable price! 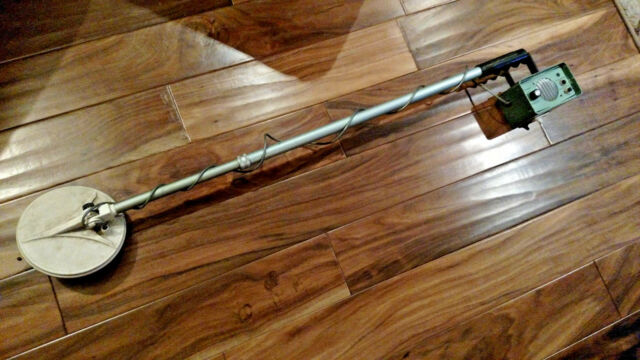 Who has been his biggest influencer?

We asked Robbie who has been the biggest influencer in the hobby, Robbie very quickly responded George and Elizabeth H. The couple he met at the beach that day when he was six. He went on to explain that they used to pick him up and take him detecting. They would also take him to club meetings as well, where he met some of the most prominent folks in the hobby at the time, people who paved the way for the hobby in its early days such as Ken White’s founder of White’s Electronics.

His favorite thing about the hobby.

Robbie says his favorite thing about metal detecting is the thrill of the hunt. He loves how every hole he digs is like opening a present on Christmas morning. He finds the excitement of the hunt to be his driving factor to keep hunting. We have to agree Robbie! There is so much excitement in every aspect of the hunt. From the signal, to the Visual Display Indicator (VDI), to the flipping the plug and finally the reveal! It doesn’t get much better than that!

His thoughts on the future of the hobby.

We asked Robbie what he thought about the future of our hobby. He was really expressive about the fact that he wants to see more and more people join our hobby, he explained that the hobby changed his life from a very young age, and that it helped to mold his personality today. Helped teach him patience, gave him exercise, gave him time to learn about himself and work things out in his mind while detecting. He really believes, as we do, that the hobby is good in so many ways, we cherish our finds yes, but we also cherish the friendships we make, and the time away from our phones, computers, and tv. That, it is a great escape in our modern fast paced world. He also said it would be cool to have an affordable detector that shows a visual picture of the target below. We aren’t quite there yet, but there are detectors that can give a visual representation of the underground target, but it is not very affordable at this point.

What he had to say about his Simplex+

Robbie has had a plethora of detectors in his time, and has found some really amazing things as well. But we wanted to focus on his finds since using his Simplex+, after all that’s where we came into the picture. Robbie was quick to let us know how much he loves his Simplex+. He said it has such great discrimination and it really lets those dimes, nickels and quarters pop out at you, really no mistaking a good target with the Simplex+!

He also went on to explain he loves the build quality of the Simplex+, that it is sturdy, and fits him great! Robbie is 5’11” and has no issues with the length or strength of the Simplex+! We have put below some pictures of Robbie’s finds with his Simplex+ and in 5 months he has dug over $50 in modern change, as well as some cool tokens, and jewelry. 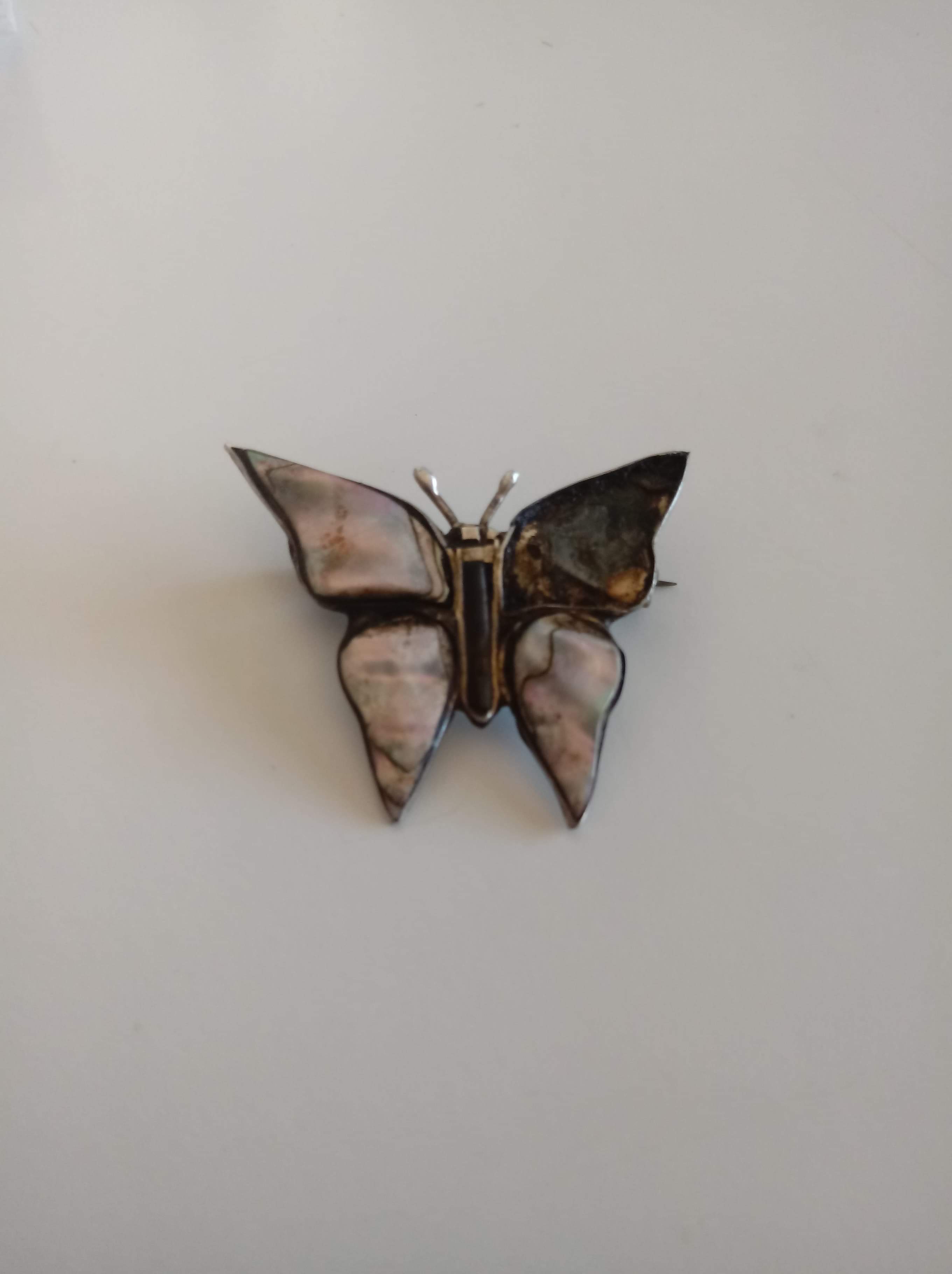 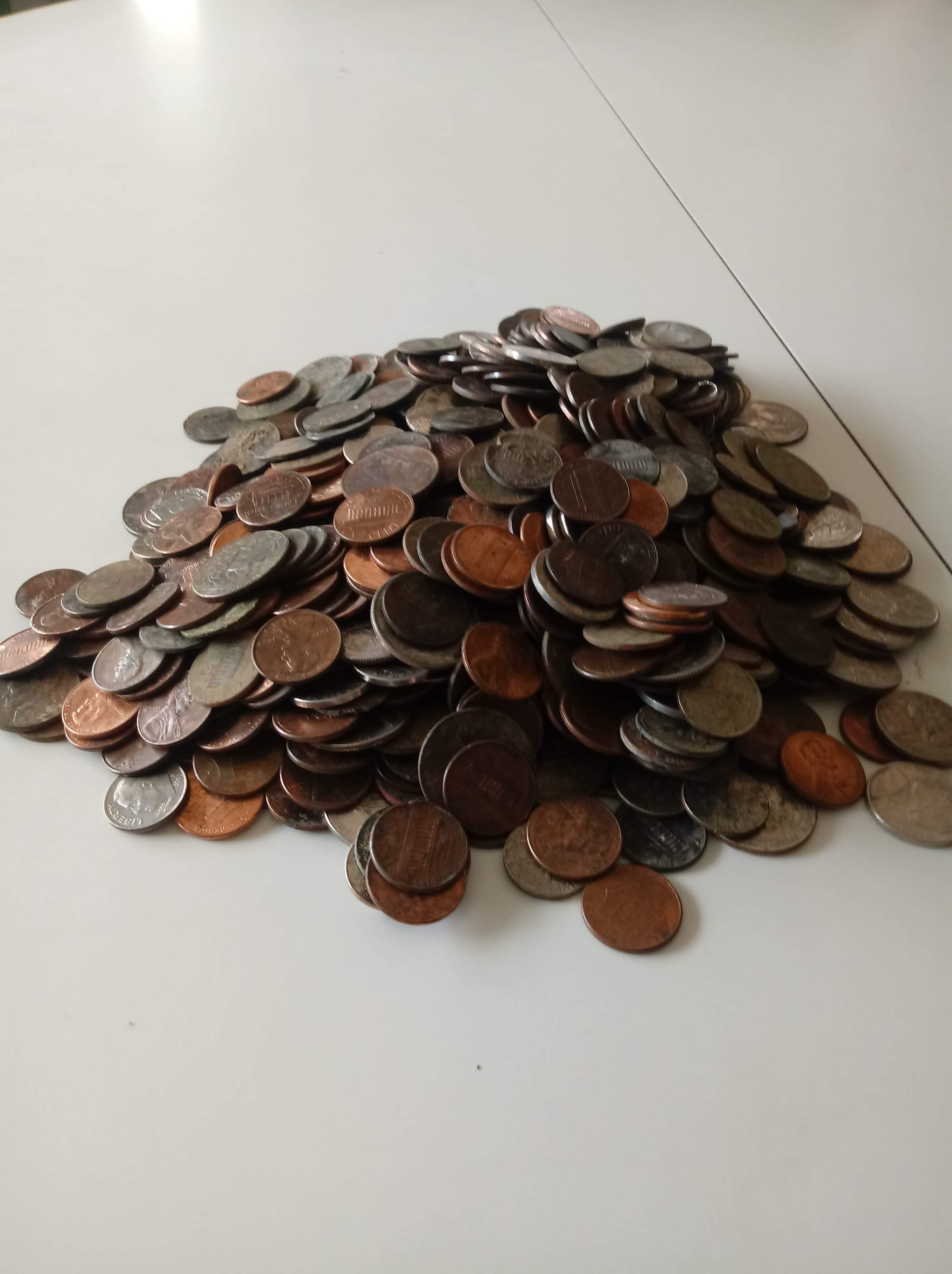 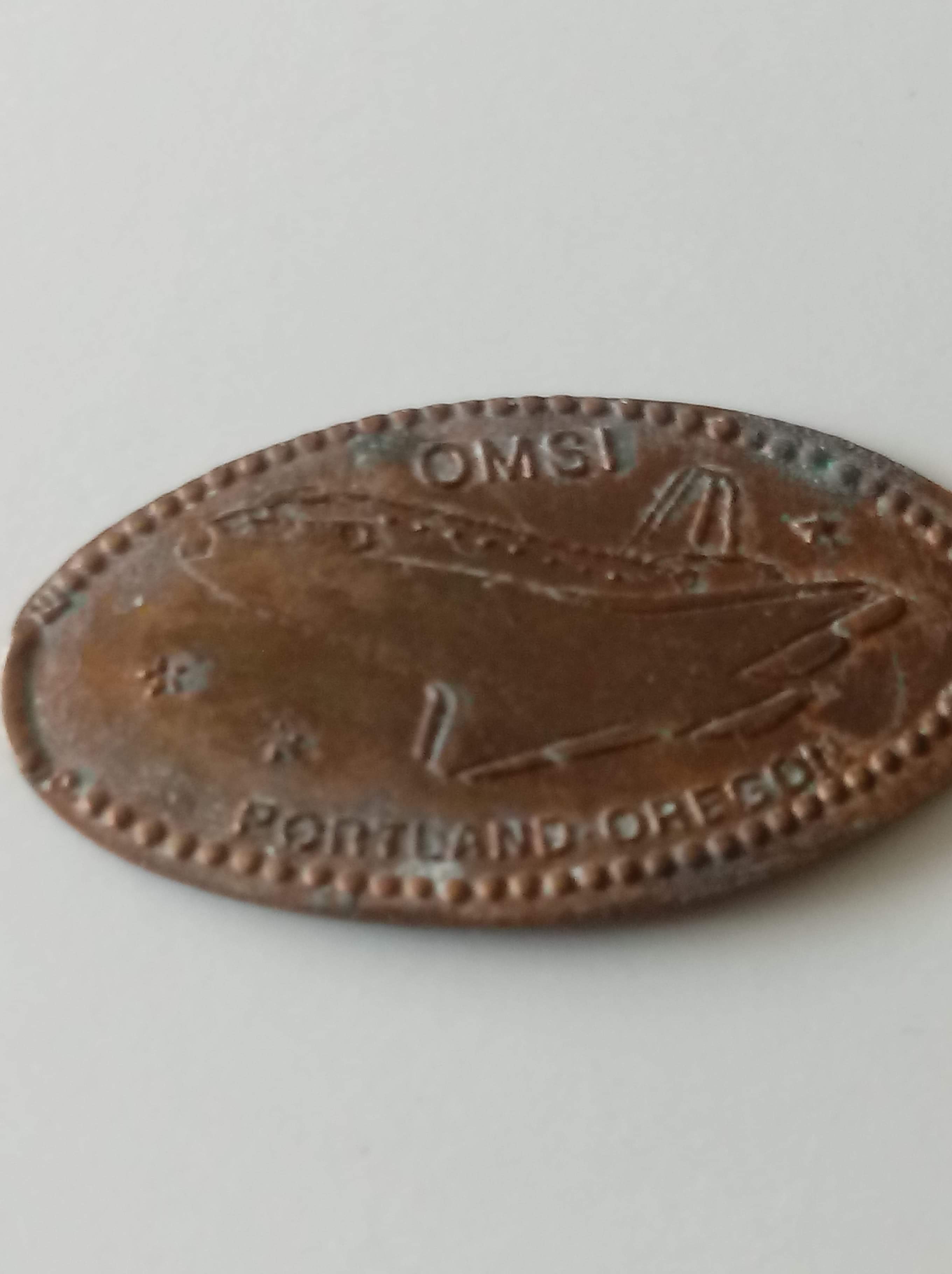 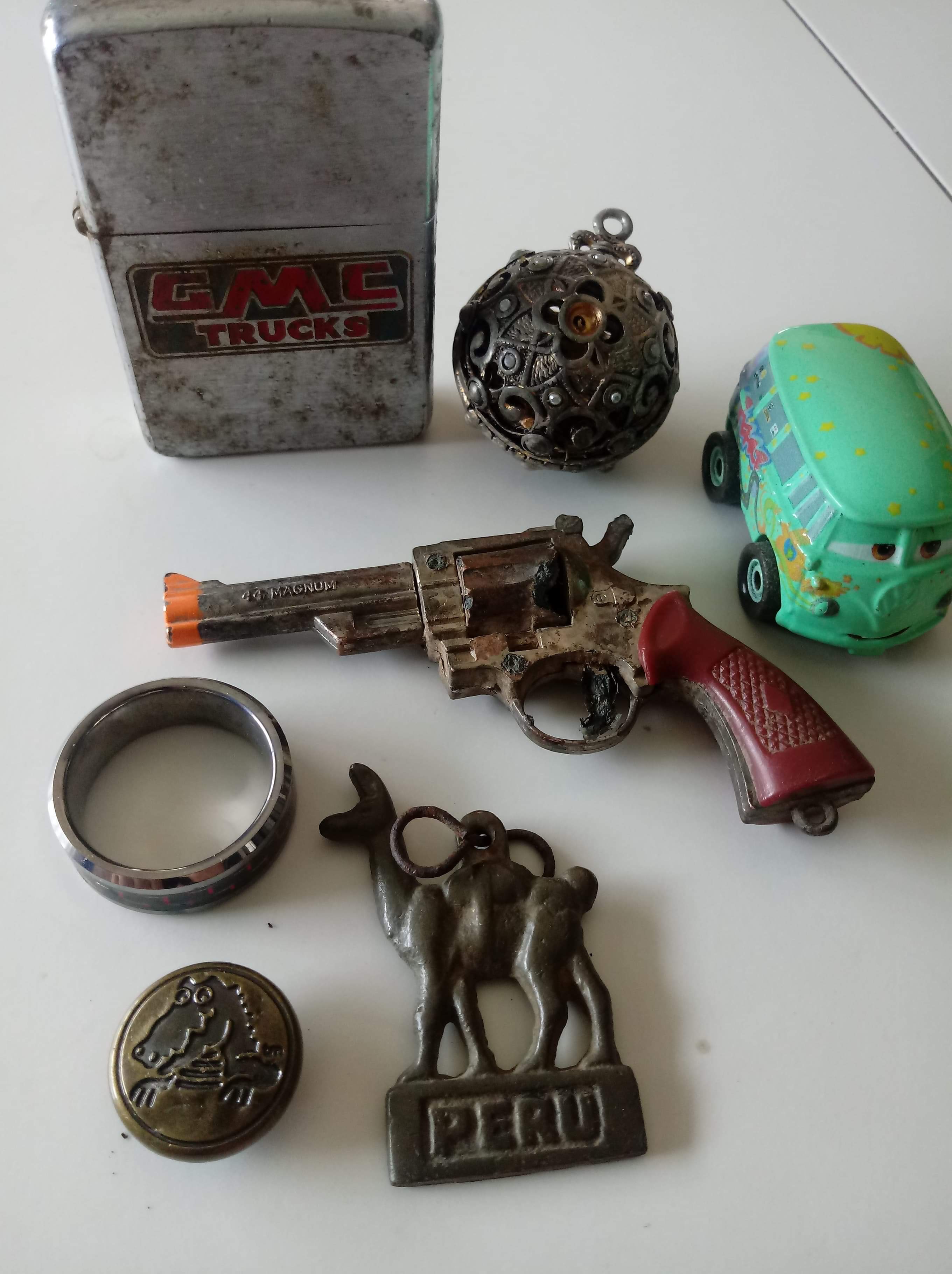 Thank you for sharing!

Robbie thank you for sharing your story with us at We Dig Metal Detectors! It has truly been great talking with and learning more about you! We are greatly honored you chose We Dig Metal Detectors for your Simplex+ purchase, and we look forward to serving you for many more years. If you, or someone you know has received a machine from We Dig Metal Detectors, and have a cool story or finds. And want to be featured as one of our diggers in our Digger’s Spotlight series, send us an email at [email protected]. 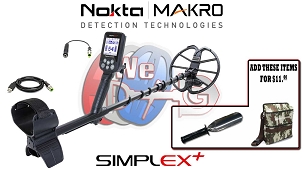 Sharing our passion of saving history by helping YOU save it!
TOP